Before Christmas i would like to get you accustomed with the romanian carols. We have some very wonderful carols for this time of year. I will post them in Romanian but then in English too. The carols i am sharing with you below do not have a known author. Their origin seem to come from the late 18th century and early 19th century.The actual romanian name for the Christmas Carols is COLINDA. The words in colinda are more traditional and speak about the events of the nativity.First i would like to share with you “O, ce veste minunata” which translates as Oh, How Wondrous News. This carols reveals what a wonderful news is the born of son of God – Jesus.

Oh, how wondrous news
Is shown to us from Bethlehem.
That the Pure Virgin
Has born a child
From the Holy Spirit.

As Joseph and Mary went
To Bethlehem, in order to be censed.
In a small shepherds’ shelter,
Close to that town,
The Messiah was born.
Whom the Lord, who is before all ages,
Sent to us, so that He would come,
To be born,
To grow up,
And to save us all.
The next carol is Trei Pastori translated as Three Shepherds – this carol is about three shepards that heard about the birth of Jesus and decide to go and see him and give him a present.

Hope that you enjoyed reading this post and i hope that you will have the opportunity to go and visit Romania at some point and maybe even for Christmas. In Romania at this time of the year we usually have snow and people are very welcoming. 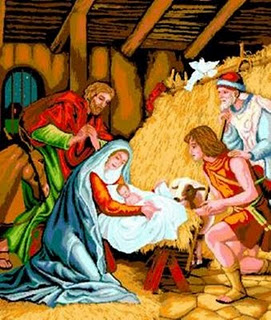