Please do not adjust your PC / laptop / iPad / mobile phone (delete as applicable), it is indeed I, musodad, here. Yep, the one who less than a month ago ‘gave up blogging for good’ and who is now erm…writing a new blog post!

But, before I become known for eternity as ‘The Blogger who cried wolf’ I wanted to let you know that I’m here for a good reason and, once I’m done, I will once again return to Blogger Exile and hang out with @himupnorth and do whatever ex-Bloggers do (I haven’t yet figured out what this is but, when I do, I’ll let you know – probably via a Blog post).

So, what’s the reason for my slight return? Well, I recently took a two week break (which only lasted 10 days cause I’m rubbish) from Social Media and when I returned I had a Tweet from my lovely host @Romanianmum saying nobody had added a post to the Love all Blogs.
music showcase for the first week of my Social Media sabbatical. Being self appointed Tea Boy over at Love All Blogs I was gutted to hear this and from that moment I vowed to do something about it. So here I am for ‘one post only’ to help dear friends out and try and drum up some new (and old) support for the Music Showcase. Oh, and what better way to get people to write music posts than start a meme and tag the hell out of it?!!! (Okay, the threat of ‘Chinese burns’ is probably more effective but that’s not an option as they are illegal in 7 counties of England including Hertfordshire. That’s what I heard down the pub anyway).

So, may I introduce to you “The Great Gig Meme in the Sky”.
Everyone loves going to gigs, don’t they?! But what we’d really love to find out from you is regarding 5 gigs in particular. So, for this meme, we want to know –

Oh, and it doesn’t end there, I have also set up a Spotify playlist here The Great Gig Meme in the Sky playlist and I’ve made it collaborative so please drop and drag your 5 favourite songs from your 5 bands in. If you’re not on Spotify, don’t worry, just Tweet me @musodad and I will add your songs to the playlist free of charge (including VAT).

So, without further ado, and to get the ball rolling, here are my gigs :

First Gig – The Macc Lads at the Cliffs Pavilion, Southend
I saw The Macc Lads when I was 15. Until recently I hadn’t listened to any of their songs in 20 years. They are definitely more suited to 15 year olds than 36 year olds. I don’t mean to be ageist, by the way (actually that’s a fib), but when you’re 15 you’re still experimenting with your music tastes, really enjoy music that makes you laugh (don’t even get me started on a band called ‘The Dead Milkmen!’ ) and are also heavily influenced by your mates. When you get a bit older you have the confidence to branch out a bit more and don’t only listen to stuff you think your friends will like. By the time you’re 36 you’re pretty much sorted musically, unfortunately you just don’t have much time to listen to it anymore!
So, if someone came to me now and said “Hey Simon, do you fancy coming to see the Macc Lads next month?” I would turn around and say “no thanks, I’m staying in that night to listen to Bucks Fizz”. That’s the kind of cool guy I am.
Song added to Spotify playlist – ‘Barrel’s Round’.

Worst Gig – The Fratellis at The Engine Shed, Lincoln
It pains me to put The Fratellis as my worst gig as I really like them. It’s weird though, I’d seen them probably a year previous to this and they blew me away but at this particular gig they just seemed disinterested and their heart wasn’t in it. It’s no surprise that they split up a little while later. Shame as they had the potential to be massive.
Song added to Spotify playlist – ‘For the Girl’.

Best Gig – Arctic Monkeys at Wembley Arena
In November last year, I want my mummy – ‘The Blogger Formerly Known as Boo and Me’ – asked everyone, as part of her Mix Tape Monday meme, to name their ‘favourite song from the best gig they have ever been to’. Mine was ‘When the Sun goes down’ by The Arctic Monkeys.
To quote from my blog post at the time (you can do lazy stuff like this when you’re an ex-Blogger) – “Arctic Monkeys are amazing live. I’m going to sound like my dad now but “they sound just like they do on record”. Also their energy live is second to none and I’ve never been blown away like that at a gig before”.
Couldn’t have put it better myself.
Song added to Spotify playlist – ‘When the Sun goes down’.

Last Gig – Django Django at Xoyo, London
This gig was extra special. It was where I first met my host for today, @Romanianmum, and the rather brilliant Mammasaurus.
We had a good natter in a pub nearby beforehand, then watched a rather rubbish support act called ‘Omnivore Demon’ before being blown away by The Djangos. It was a memorable night which will never be forgotten…
Song added to Spotify playlist – ‘Hail Bop’.

Dream Gig – Jesus Jones
I had to toss a coin for this one. There are actually two bands who I always regret not seeing live and they are Jesus Jones and Teenage Fanclub. I don’t know why I never did, I had chances but never took the plunge. They are both great bands who have really influenced me over the years and I’m sure they are both excellent live. Think they are both still touring though (Jesus Jones definitely are) so there may still be time!
But, there’s only one band who can appear on the playlist and Jesus Jones have won the right to do so. Teenage Fanclub contacted me over doing a ‘best of three’ coin toss but, with no free tickets to their next gig being offered in return, I politely declined.
Song added to Spotify playlist – ‘Info Freako’.

So there you have it. Now it’s time to tag. ‘The Magnificent 7’ who I’d love to share their gigs and pass the meme on are :
@Romanianmum – who else but my host for today and Love All Blogs music showcase leader?
Mammasaurus  – she’s the busiest Blogger I know so I don’t expect her to do this but I couldn’t leave her out cause she loves music so much. If she does find a spare 5 minutes at least she can copy and paste the bit from my last gig.

The next three people tagged are great Bloggers and they also submitted posts to the Music Showcase last week so they deserve to be bigged up erm…big time!
@hornet75
@older_mum
@heynicecardigan

These last two Bloggers are two of my main men and are great Music / Dad Bloggers. There is no way I couldn’t tag them in this.
@daley_84
@belfast_dad

Go forth and conquer, my friends. As always though, if you’re a new blogger wanting to get involved or an older one who just fancies writing about something different please go for it. You don’t have to wait to be tagged, you are your own person, you can do what you bloody well want! (apart from maybe run around naked in the Houses of Parliament, I’d strongly advise against this. But if you want to, then do it! It would be quite funny to see on telly after all).
Right, that’s it everyone, my time here is done.
Before I go I’d like to thank @Romanianmum for having me and letting me post on her blog. I suppose this officially makes me a ‘Session Blogger’ which is what I perhaps see myself doing long term now I’ve given up posting on my own blog. This will be my last session post for a while though.
Look after each other while I’m gone.
Loads of Love
musodad
x
*Gets back in box labelled ‘do not open until 17th September 2012’* 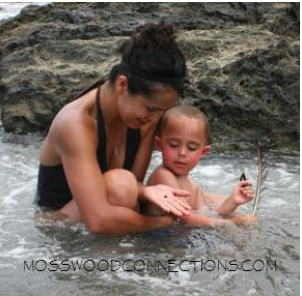 Life is not a problem to be solved, but a reality

Personalised masks 😷 order and we can deliver t