Today I am happy to present you a new guest post from Life in UK series. I know it’s been a while since the last one but it was worth the wait.
The guest post from today comes from Brittney the lovely lady that writes over at Life of an expat parent. As you can all read in her About page she is American and she is married with The Native – her British husband. They both became parents in 2011 and this is how her blog was born. Brittney writing is lovely and it is good to read about the was she sees Life in UK. Here is her lovely post: Sometimes I feel like a fake expat. I mean I am an expat. I live in a country that is not my own, sure. But it’s a country that, in many ways, is most similar to my own. Just turn on E4 at 7pm and you could easily be sitting on your sofa in America. We speak the same language. We listen to similar music. We watch the same tv shows. Fake expat. Right here.

I’ve not really had to deal with that feeling of trying to assimilate in a culture that is so different that you feel overwhelmed by your own foreign-ness. But therein lies the problem. Moving to a country that is so comparable to your own means that the culture shock can sneak up and sharply sink it’s teeth into your hindquarters when you’re least expecting it, because that’s the thing, you really aren’t expecting it.

Eight years ago, when I first arrived, my transition into British life was pretty smooth, which is saying a lot since my first two years were spent in Liverpool (Fact: if you can understand Scouse, you can understand any British accent). There was the odd surprise – things like finding the washing machine in the kitchen or realizing that there was no tumble dryer and so getting used to the pleasure of sliding into a crispy pair of air-dried jeans. Then, there was learning what an airer was. But mostly I arrived and got stuck in right away. I spent a lot of time over the first few weeks going in and out of the city, meeting new friends, familiarizing myself with the lay of the land and quickly establishing my favourite local haunts. And I was thriving.

But then it happened. Initially, I had just been popping down to the local shop to get the basics, but the day had arrived. I was feeling good. I was feeling confident. It was time to visit a British supermarket.

Asda. How hard could it be? They are owned by the global powerhouse that is Wal-mart. The plan was to execute this task quickly. In. Out. Done. With my shopping list in hand, I entered those fated revolving doors with a naiveté that is now laughable. What I should have done was burn that list and made sure to have a plentiful amount of bottled water in tow, because this inaugural trip was going to take a while.

As I navigated the aisles of the supermarket, I found myself disorientated when the hanging signs over each aisle didn’t seem to match up with what was in that aisle.

-Squash with no vegetables in sight.
-Biscuits with no bread in sight.
-Were fizzy drinks what I thought they were?
-And why, oh why, was I unable to find any shredded mozzarella?

It felt like I had entered a black hole. I felt overwhelmed. I felt emotional. I felt lost. I considered sitting down right in the middle of one of those misleading aisles, curling into the fetal position, covering my ears, closing my eyes and – if I just believed it enough – maybe it’d go away. It felt as though I had been wandering aimlessly around these unfamiliar aisles for hours and I had no hope of escaping. Ever.

Except I did escape. That first experience of a supermarket in the UK has put me off of Asda for life. Sorry Asda, it’s nothing personal (except I have totally made it personal and wish that you’d die a thousand fiery deaths). It’s just that in my freshly expatriated eyes, everything about you was wrong. Eventually, shopping got easier (for the most part), but there were other hurdles along the way as I adapted to my life overseas and new and, of course, more complicated layers of expatriation have been unearthed since becoming a mother.

The lesson I’ve had to learn over and over and over again is that I must not assume that what I expect will be what I actually experience. If you go in looking to learn rather than expecting to know, you’ll be more adaptable and you wont’ crumple into that defeated fetal position when, inevitably, your expectations aren’t met. I don’t think you necessarily need to be an expat to know that this mentality can be the difference between barely surviving and learning to thrive in any new situation. Move house. Move to a new city. Redundancy. Become a mother or father. Start a new job. Life is full of those changes and the challenges that come with them, just don’t presume they’ll be the challenges you expect and I reckon we’ll all do alright. 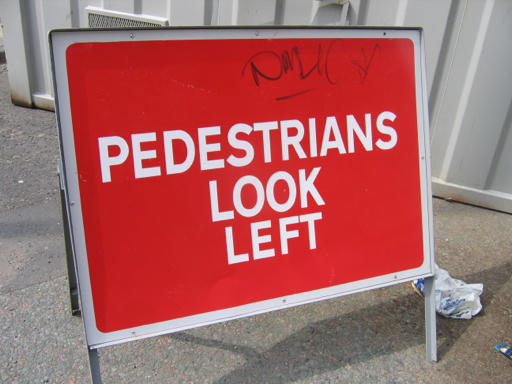