Since I moved to England I haven’t eaten a great deal of liver.
At the moment I can’t really eat because I am pregnant. Even though in Romania women eat liver and pâté during pregnancy. I am craving some at the moment only….until now only the thought of it use to make me cringe, I guess it has to do more with my sense of smell and so on.
But before I was pregnant I only bought liver occasionally as hubby doesn’t like.
Today looking through the pictures I took with food over the time I discovered the ones below and I remembered that I never actually posted the recipe. 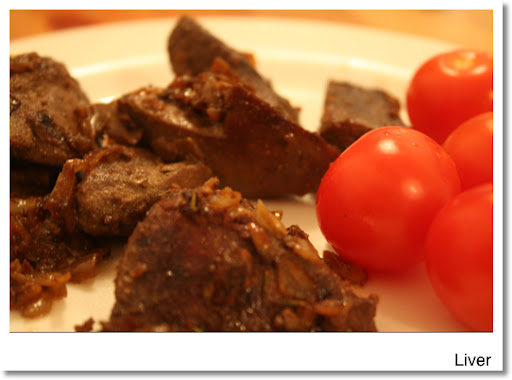 To cook them you will need:
– liver of course – I think I used pork one this time;in Romania though we usually cook chicken liver as it doesn’t have a very strong taste;
– sunflower or vegetable oil for frying;
– a bulb of garlic if you cook like 500g of liver – for the English taste this might be a bit too much so you can just use a couple cloves;
– salt and pepper;

Wash the liver very well and then dry them with a bit kitchen paper.
Put the liver in a frying pan or pan that has a lid and pour over oil so that it get up to the half of the liver.
Add some garlic cloves between the liver. Cover with a lid and put on a medium heat to fry for 5-7 minutes. 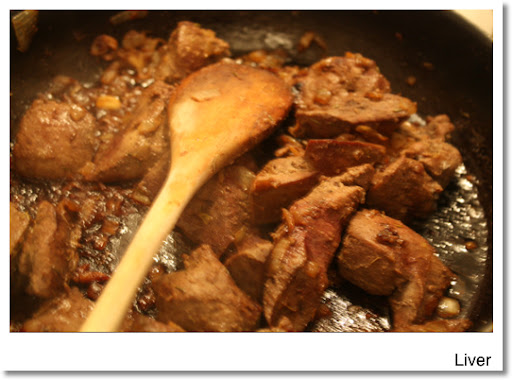 Take them off the heat and leave them for 30 seconds. After take the lid off and turn the liver on the other side, 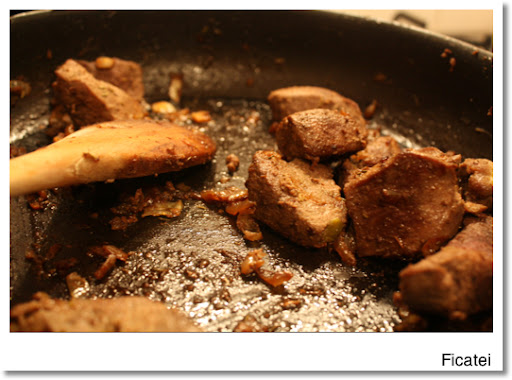 Cover and put them back on the hob for another 7-10 min. Make sure they are all cooked before taking them off the hob. When done take them and put in a plate and add some salt and pepper as per your taste,
In Romania they are usually served with mash potatoes and pickled peppers or cucumbers. Believe me they are yummy.
I ate with cherry tomatoes though and they were nice too. 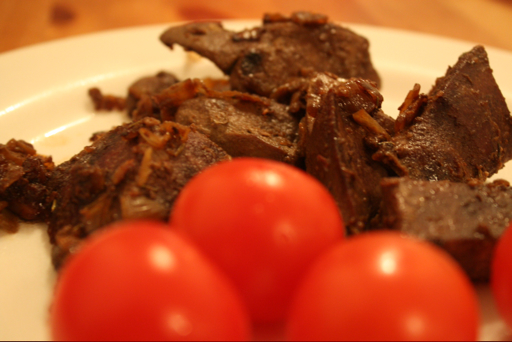 Tag your closest friends to remember them 🧚🏻