This weekend my hubby and my daughter had the chance to meet Judy Murray and the set4sport team at London Zoo. Unfortunately mummy was busy with other duties so she couldn’t enjoy the fun. He also write a blog The voice from the abyss.
Here is what my hubby says about their fun day out!

On Saturday I had the opportunity to spend the day at London Zoo with our daughter courtesy of Set 4 Sport, the parent and child sports initiative set up by Judy Murray (mother of tennis player Andy Murray). We were there to try out a few of the games she has developed for parents to play with their children both indoors and out.
The day started at 10.30 with a brief chat about the games and the purpose of the Set 4 Sport initiative given by Judy herself. 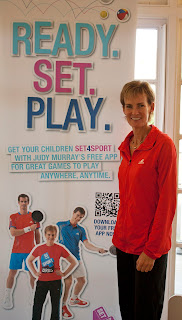 Judy Murray (The Jamie Oliver Of Children’s Sports)
After the introduction we were split into groups and the next few hours were given to playing games with our children: 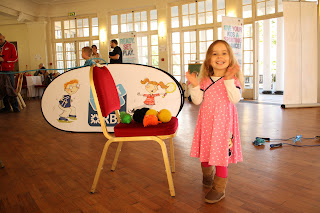 Waiting For The Games To Begin
The purpose of the first game was to make tidying up more fun while at the same time exercising and developing their co-ordination and agility: 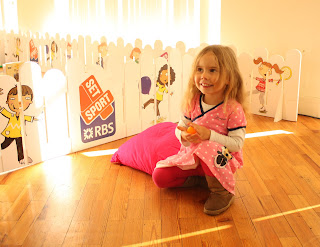 Boogie Listens To The Rules Of The Game 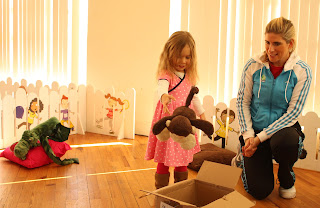 Boogie Tries Her Hand At The Tidying Game
(And Loves It)
After a few more games that would take up very little space in your home it was time to bring out the big guns.
It had to enter into the fray at some point (after all this is Andy Murray’s Mum) yes next came indoor tennis.
Judy herself gave the us a demonstration: 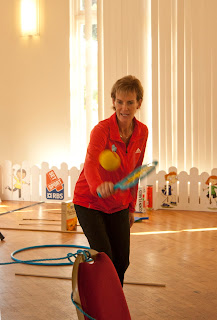 Judy Shows It Came From Her Side Of The Family
Unfortunately for me by this point my daughter was starting to get a little restless. This wasn’t due to the day being boring for her or a lack of things to do. It was simply too long for the attention span of a 3 year old. After all we were in a Zoo, how long would any 3 year old want to stay indoors when there were animals to see outside. Had she been a little older then I’m sure she would have wanted to stay more but it wasn’t to be, and so shortly after lunch we left for the Zoo.
It was a great morning of fun and games for children and I hope Judy does well in promoting set 4 sport. There are a lot of parents out there who need this kind of push to get their kids active. Not just the parents who cant be bothered doing things with their kids, but other parents whom maybe just lack the imagination to make house hold chores into fun activities. I have certainly learnt a thing or two and I hope others do too.
All of the games we played and more are included in the book that you can get from the Sport 4 Life website, or why not just download the App and start the fun now.
Finally a quick picture of Boogies favourite thing at the zoo. 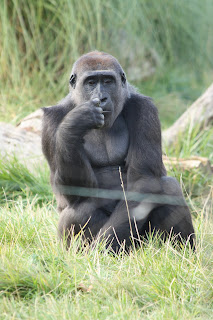 Thomas the Tank Engine and Camping

The best parks and playgrounds for kids in London