This week birth story comes from Scatty Mummy that blogs over at Life,love and diving with boys. As you know I’m due/was on 2nd of December so she was kind to write her birth story for my blog. (This is a scheduled post).
With no further add from me I give you Scatty Mummy’s birth story: 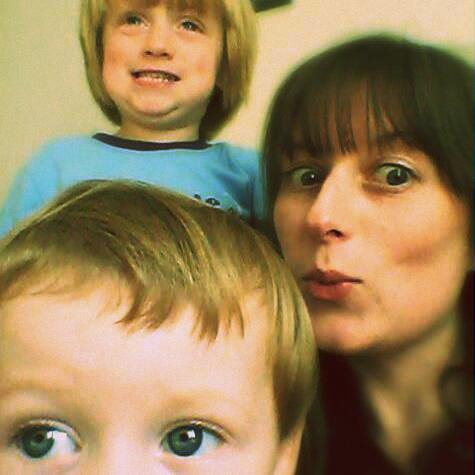 Mum of two boys under four and married to Scatty Dad. I’ve quite aptly named myself Scatty Mum of Boys and I blog over at Life, Love and Living with Boys. I write about life with my two cheeky monkeys and as I am a Peer Supporter, I also like to write about breastfeeding and all the issues that throws up. Romanian Mum asked for birth stories to guest post whilst she is deservedly putting her feet up for a few weeks so here is the story of my second birth.

Unlike my first pregnancy, my second was pretty standard. I was completely exhausted and had a toddler in tow but apart from that a little SPD, it was without it’s problems. I was excited to see our new addition the closer it got to my due date. Excited to meet our little bundle, wondering if they would look like Spud and what sex they would be but at the same time, I was in no rush for this one to arrive.

It was the weekend, I was a day off being 39 weeks gestation and we were at my parents and discussing the imminent birth wondering how long we would have to wait. Spud was born at 38 + 5 but as I had placenta previa, I had no clue if this baby would be early or late. Whilst at my parents, I had a feeling that baby would in fact arrive the next day. I can’t explain why or how I knew this but I told my parents to keep their phone close tomorrow as they were due to be on ‘Spud watch’ whilst I was in labour.

The next morning, I woke with backache and had an overwhelming urge to clean the microwave! It wasn’t until about 2pm that I went from just having a bit of backache to having full on contractions. Wanting to feel nice and clean when I welcomed our new addition to the world, I went for a shower.

The shower decided to stop working.

I had to have a bath instead. Now, our bath looks like a standard sized bath until you get in and realise it’s smaller than the average bath and at nine months pregnant, it feels even smaller. Couple that with the fact that I don’t really like having baths and that the shower had used up all the hot water minutes before making it THE worst bath I have ever had.

So there I was, lying in a tiny bath, my shoulders scrunched either side of me with my bump no where near covered by the tepid water. As if it couldn’t get any worse, the bath brought my contractions on very quickly.

When I gave birth to Spud, I knew I was either having a C-Section or would be stuck on a hospital bed unable to move about so this labouring at home was completely new to Scatty Dad and I.

My parents were on their way round and now (fully dressed of course) I had moved on to bending over the stairs during contractions. This time seemed to go really quickly and I remember Spud coming up to me on occasion to see how I was bless him. I also remember him drawing on my leg with the pen I was writing my contractions down with!

I was waiting for my contractions to become regular but they were coming at 4 minutes, then 2, then 8, then 3, then 5 etc. It was getting unbearable so I phoned the Labour Suite and managed not to have a contraction on the phone and the Midwife convinced me to wait until they were more regular.

Ten minutes and three contractions later, I had Scatty Dad ring back and tell them we were on our way.

I did have one contraction in the car but it wasn’t as bad as expected and I can barely remember it now.

Anyway, we made it to the Labour Suite and I had to wait in the waiting room for an assessment room to become available. I vividly remember the nauseating smell of toast whilst I was in there. Scatty Dad went to park the car properly and after three very close contractions, the Midwife came back and said that I was to go straight to a Delivery Suite. Yey!

Having been stuck on a bed the first time, I had no clue which position would be more comfortable for me. I remember trying a birthing ball at one point but didn’t really like it so I was mostly bend over holding on to the bed.

The best thing about this labour was that the loveliest Midwife you will ever meet just happened to be on shift and I had met her a few times before at our breastfeeding support group. The only time she left me was to get another midwife for Pooh Bear’s arrival and she was really brilliant. My waters almost took her out as they didn’t go until the last minute and shot across the room which had Scatty Dad and my Mum laughing.

Once in the Delivery Suite, it was only a couple of hours before Pooh Bear was actually being born.

This was completely different to the first time. I had to physically push Spud out for just over two hours and it was really hard work getting him round that bend! This time, I could feel my uterus pushing Pooh Bear out with such force, I didn’t actually have any control over it. I was given gas and air but as my contractions peaked the second I felt them coming, it was no use.

I have always wondered how women end up giving birth in the car park and how come they can’t hold it in??? Well, now I know J

I hope you can show her some love and pop ver her blog too to read more if her fantastic stories.

Edit – 15.52019 – ScattyMummy is no longer a blogger at the address mentioned above.

Retro sweets: creating and awakening memories for all generations