Today i present you the first of the birth stories that some lovely bloggers wrote for my blog as guest posts. As you know by now i am pregnant and due to give birth on the 1st of December – the post is scheduled to be posted on the 1st so if by now you hear i gave birth please forgive me.

Victoria Weldon is the lovely lady that is sharing her birth story today. Victoria is an actress , model, lyricist ,driving instructor and she recently start blogging over at Verify , Victora Vocalises.

You can also find her on Twitter and Facebook but for now here is her birth story:

It was 1st January 2012, around midday when I started to feel like I had really bad wind. I had that often through my pregnancy so I didn’t think too much of it. I was due 12th January so the baby couldn’t be coming yet, could it?  My pregnancy had experienced a few difficulties, like anyone I guess. The hardest ones were the emotional distress caused by my baby’s father. I also had to endure a CVS due to chromosome complications. It did mean that I would have known the baby’s sex for certain but I had made a concious decision not to find out.  By the time I realised on that day that my labour had started, Dave, my now ex, had gone off to a motorcycle event so I called my Mum and she came over to help put up stickers in the nursery to help take my mind off things. She stayed until the evening. Then at 9pm, Dave put the tens machine on me and went off to bed. At that point I was sleeping in the lounge on a blow-up bed as he didn’t want me in the same room as him. He was complaining that I kept him awake.  I didn’t sleep. I spent the night in many different positions around the room, trying hard to get comfortable but never succeeding. At 2am I rang the hospital and they told me to take two paracetomol and go to bed. Easy for them to say I thought!!  At 7am the next morning I was in the lounge dealing with contractions every 5 minutes by using the pregnancy yoga that the classes had taught me. Dave dealt with work and went off to the bank! I called my Mum and, once again, she came to my rescue. She insisted that we were going to the hospital, NOW! Dave met us there. I had a home from home room booked which was far more calming than my lounge! I sat on the Swiss ball sucking in the gas and air, oblivious of anything and anyone around me, just using the pelvic yoga exercises. Within the first 15 minutes of using the gas and air, I was violently sick but I would rather that than having a needle stuck in my back, so I perservered and it paid off!I had informed my midwife that my birthing plan included the birthing pool which thankfully was free. So at 12.30pm on 2nd January 2007 I entered the water for the longest bath of my life! I was able to bring 5 CDs with me, so had some of my favourite music playing. To start with my waters just would not break, so the midwife got me back out of the water and gave them a helping hand! I spent the afternoon with my Mum and Dave taking it in turns to stay with me. My Mum’s voice was calming and encouraging and I was starting to realise for the first time what she had really gone through for me and my six sisters and brothers. During that long afternoon I only swore once! Despite being addicted to Lattes during the whole of my pregnancy, the smell of coffee made me want to puke. The midwife was constantly checking the temperature and topping up with warm water so that it stayed constant. All I could do was sit there and make sounds like a dinosaur!  By 6.20pm the urge to push had appeared. So, to give gravity a helping hand, I got up on my knees and lent over the side of the pool. The midwife was encouraging as was my Mum. Dave just wanted me to get on with it! The stinging was excruciatingly painful as the baby’s head started to appear. The midwife just constantly reminded me that the head would need to stay under the water until the rest of the baby was out. I talked to my baby, I was saying ‘Come on sweetheart, help Mummy, you can do it, you can do this’. This helped so much, it felt like we were a team doing this together (that feeling still remains to this day).  At 6.37pm, I scooped my baby girl out of the water and into my arms. The fact that I was the first to touch and hold this brand new human life still astounds me. She was beautiful. My Grace Frances Kay at 10 days early, weighing in at 7lb 12oz. By 8.10pm Dave was gone but my Mum remained. She dressed Grace and talked to her, telling her how beautiful she was and what a great Mummy she had. I was trying hard to deal with the burning and grazing and was able to go off and had a bath. With breastfeeding underway, the texting rounds and phonecalls began! 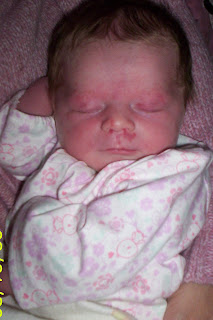 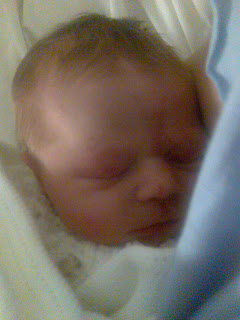 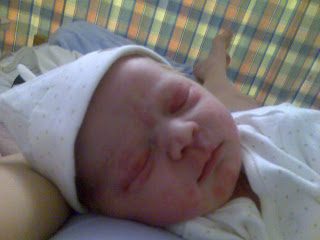 By 11.10pm the hospital found me a bed and my Mum made a well-deserved retreat for home, to return the next morning. I was no longer alone. I had full responsibility for another human life. It was over-whelming but felt so right. Despite no sleep since 12pm the day before, I couldn’t go to bed. How could I? All I could do was look at this new person next to me.  My Tuesday’s child really was full of Grace. 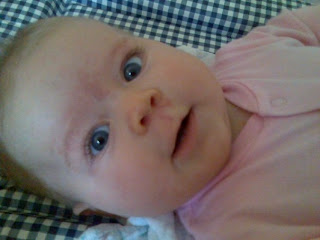 Don’t forget to leave a comment as i am sure Victoria will enjoy reading them and visit her blog.

If you want your story to be featured on my blog too please get in touch via email – [email protected] or twitter @romanianmum.

Retro sweets: creating and awakening memories for all generations