Why so rye I asked the sky but the sky didn’t answer and I don’t know why!

The other day I was given the chance to sample some Wry Bread by The Village Bakery. Personally speaking, this is something I had never tried before so I was curious about trying it. We were sent three types of Rye bread to try.
Rye with coriander, Rye with seeds and just plain old Rye. 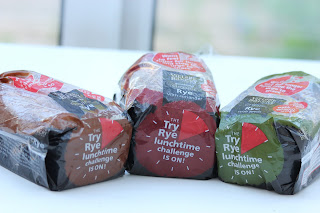 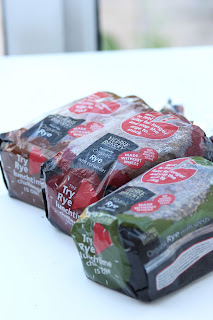 Now as you can see they look fairly tempting, sat there in all Ryely goodness, but before you get too excited I should let you in on something. These things are mini loafs and by that I don’t just mean that they are small, heavens no! When I say mini I mean much like the classic small car of old these thing are tough, weigh in at around half a metric tonne and if one came across the room at you it could do some damage.

I dont know if these are traits shared by all rye bread as, like I said at the start, I had never tried it before. But these are tough little bad boys. Hefty, just how Moto Moto likes them. (for all you parents who have seen Madagascar 2) But that didn’t put me off as I like some hefty breads. Throw a little butter on them and hefty bread can be quite tasty. So with this in mind I cut myself a modest slice of Rye with seeds and tried it out. 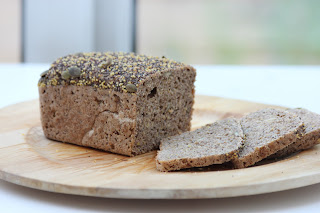 Now folks, remember what I said. I have never tried Rye bread before so take my opinion with that in mind. It was horrible! Absolutely blumming horrible!! I can safely say that for the life in me I do not know why I would ever try it again. So with that said I then tried a slice of the next one.

Rye with coriander. Much the same, but with coriander. Horrible. Last but not least, plain as it comes Rye bread. As funny as it seems, I don’t know if it was because I was getting used to it, but this one wasn’t as bad as the other two. Does that mean I would use it to make a sandwich or put in the toaster?
Hell no! I said it wasn’t that bad I didn’t say I actually liked it.

So with all this in mind if you have never tried it before then your not missing out on anything, but, if you happen to likeRye bread then check them out and maybe place an order. I’m sure as a Rye lover you won’t be disappointed. 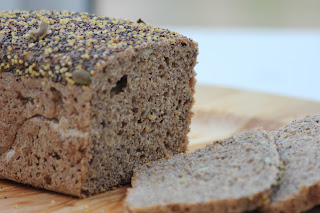 Preparing for winter with Mini Boden

Own a colour for Valentine’s Day