Modern tastes have become increasingly sophisticated – not only in adults, but also in children. If my mother had suggested during my eighties childhood that I try hummus, for example, I would have fainted! However, more exotic flavours are a regular feature of school lunch boxes at my daughter’s school, and I’ve found that her young friends are interested in tasting some of the more experimental dishes I’ve offered at parties.

The likes of spaghetti bolognese, curry and Chinese food have long been assimilated into the standard British diet. More recently, Mexican food enjoyed a moment in the sun, while Middle-Eastern and North African food is one of the trends du jour.

There are a number of reasons why a dish or style of cooking may catch on. In this case, you could pinpoint famous chefs Claudia Roden and Yotam Ottolenghi or even the demise of the euro, which has made cheap holidays to Dubai and other Middle-Eastern destinations more popular. What makes Middle-Eastern and North African food work so well for families is its sociable nature. Children enjoy the independence of serving themselves rather than being handed a plate of food. Arabic food tends to be presented on the table and people help themselves, while a lot of it is comfortably eaten with fingers – think of plates of mezze. Both of these features appeal to junior diners. 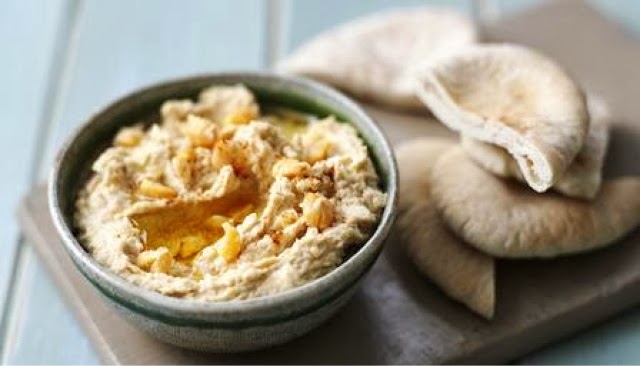 Various friends of ours recently managed to visit Dubai and Egypt and found that it was far easier to get their children to eat fruit and vegetables with their meals when they were presented in this new and more interesting form; chicken kebabs, pita bread pizzas loaded high with toppings or coconut dates, for example!

Not only is Middle-Eastern and North African food colourful and delicious to eat, but children are also entranced by the fun process of making it. Rolling up stuffed grape leaves or dates can be an engaging task, ideal for occupying small hands, but you can chat along the way. It’s a great way to spend time with your kids and can be a learning experience too, if you take the opportunity to tell them a little bit about the cultures these foods come from.