Summer holidays are still in full swing here. Weather is really hot and we spend most of the time outside. Well…lately…not so much.

A lot has happened in the last month and if you’ve been watching my social media you will definitely be up to with some of it anyway.

A couple of weeks ago we visited my long time friend for 20 years and her family in Bucharest. She has two kids – boy and girl – and as her kids and our kids really like spending time together we thought it will be a good idea to have a weekend play date. Despite the fact that the trains in Romania are not at the standard of the trains in UK the girls still truly enjoyed their trip with the train to and from Bucharest. I guess it was something different. I was really stressed out about going away alone with my two again but it all turned out really well! 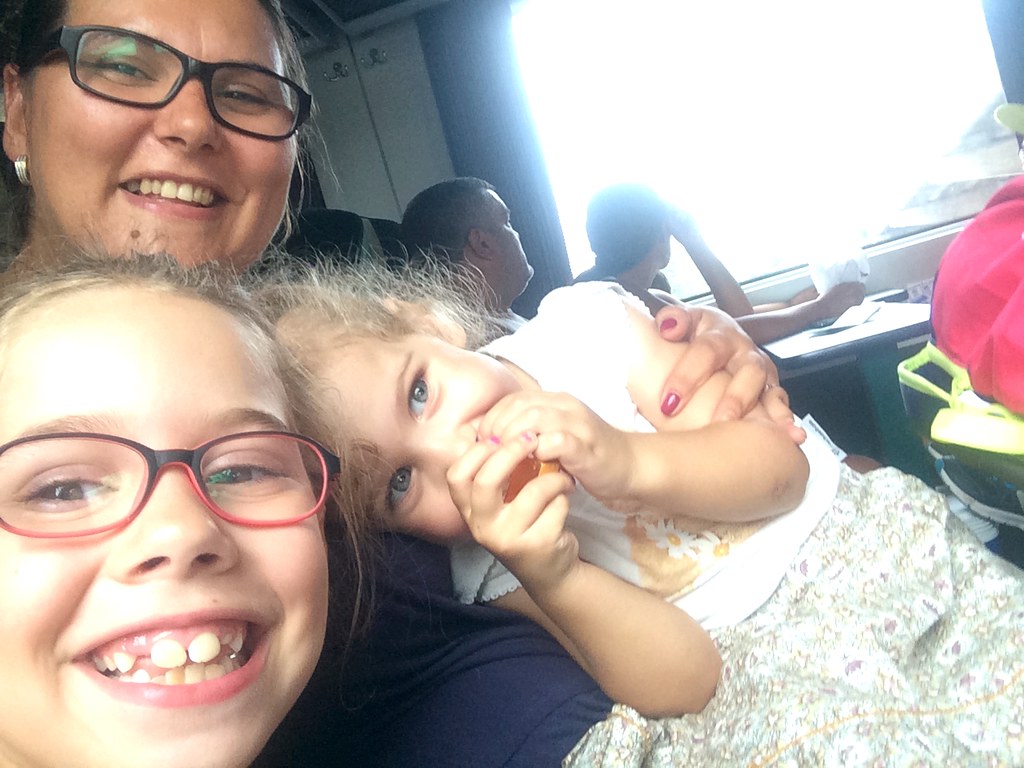 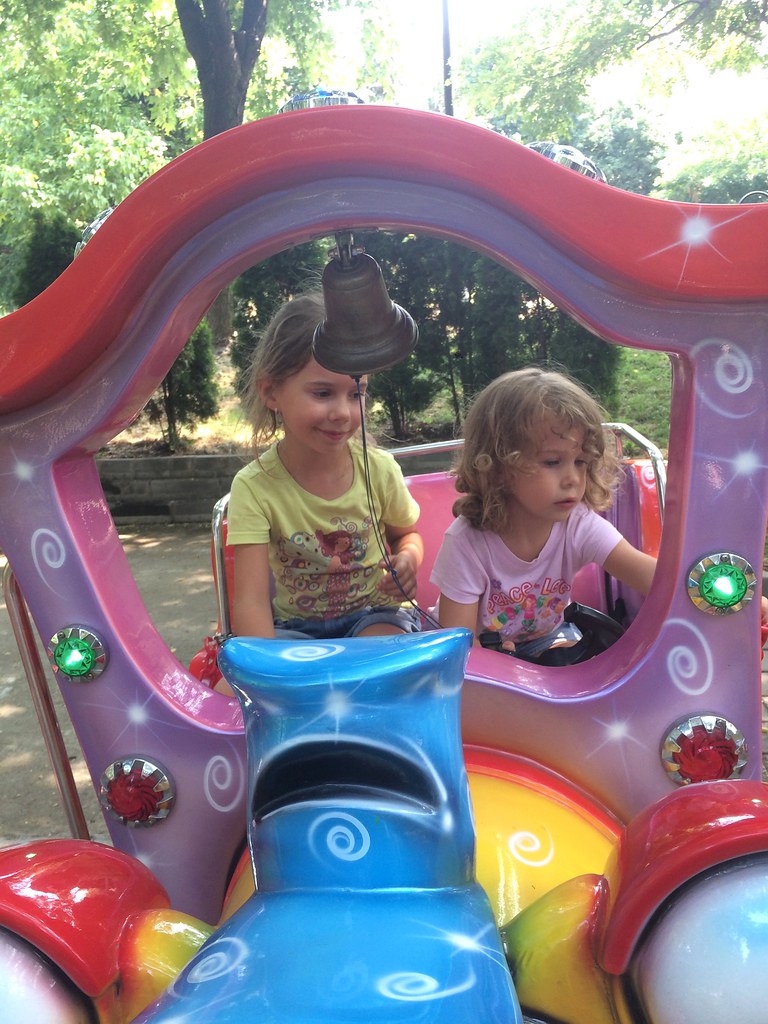 Yes. That is the only way I could describe this. After our trip to Bucharest we were quite tired so we spent a couple of days at home and in the garden. But coming Thursday the girls were quite bored and sick of doing summer homework (Kara) so I decided to take them out.

The girls were really happy to meet their friends but all this happiness turned to tears when a boy around 6-7 years old run down my youngest daughter with his bike. You see around where the girls were playing they are no bicycle tracks but the kids still go around with them. Which is awful because kids can be injured. I can’t lie I sometimes go out with the girls on their bikes around there but I am always next to them and they don’t go fast.

This particular kid was racing a couple more kids and he was going really fast as he couldn’t stop his bike straight away, not before going with his front wheel on my youngest left leg. Of course this cause her a fractured as we discovered later that night. Anastasia was really close to me when it happened and so was her sister so we were able to get to her real fast. Kara, my eldest started crying straight away as she realised the accident was really bad and she was really feeling for her little sister. The shock was great for me as I was now with two kids crying and I was trying to see if her leg was injured.

The kid started to say he is sorry straight away and I felt for him too. He obviously didn’t realise something like this could happen, All the kids from the area gather around us to see what happened but as there was a bench full with friends nearby I went with my daughter in my arms to try to see what happened. She couldn’t stop crying, she didn’t want me to touch her lower side of her leg and her nose was bleeding. You see when she was hit she was on her side to she fell on her face hurting her nose. One of my friends that happened to be around is working on the ambulance and he said that the ankle is not broken but I knew something was wrong as she couldn’t stop crying.

As I was waiting for my parents to come and get me a woman came to the kid that hit my daughter and start screaming and him and telling all the other kids with bike off. But that was it. I actually thought she would come to ask if my daughter is all right or to apologise. I was wrong. She was nowhere when my parents arrive. As soon as they arrive I left to the emergency room in my hometown with daughter and my father. Mum took my eldest home. Long story short…the radiograph showed that the leg was fractured so we were sent to the big hospital 30 minutes away. We spent the night in that hospital and if you follow my Facebook account you surely saw my status:

Now we are at home and as the days are passing my little girl is getting more and more used with the cast she has to wear. Kids get used to things a lot quicker than adults don’t they?
We even went for the first doctor appointment a couple of days ago and we were informed that our next appointment will be on 13th of September. Then they will make a new radiography to see how her leg looks like.

I was really upset and I still am but I am also thankful she wasn’t facing the bike when it happened. She would’ve really injured her head in that situation I am still upset because the parents of the kid didn’t even get in touch via a phone call o offer their apology. I hate the fact that my only 3 and a half-year old daughter has to suffer because of someone else mistake…
But tomorrow her daddy will be at home for almost a month and things will be a tiny bit easier. It is true our holiday away is cancelled but hopefully I will manage to entertain them all at home too.
My daughter still has a lot to endure – the cast for a bit over a month and the therapy she will need to have after – but I am thankful. Things would’ve been a lot worse!
No matter how much we try to keep our beloved kids safe sometimes accidents happen and as we are the adults we have to be there for them and help them through no matter how hard it might be.
Thankfully her eldest sister is really good to her and playing and entertaining her so she doesn’t get bored. And as long she has the iPad in her arms all is well. In a couple of months she will be able to run around again and I am looking forward to see her do so.

My reasons to smile

Style your kids with TK Maxx